Former stars Samir Nasriand Robin van Persie were also in this same situation few years back. Both players were highly sought after in the transfer market and their deals were in its final 12 months. Clubs were falling over themselves for the players and with Arsenal not keen on losing out on both sides; the club had to sell them in 2011 and 2012 to Manchester City and Manchester United respectively. END_OF_DOCUMENT_TOKEN_TO_BE_REPLACED

He further added that while a whole stadium turning against you isn’t much fun, the reason that triggered their trolling and jibe made him enjoyed it anyway. Despite the jibes and troll, the striker decided to focus on what he is paid to do. It was unfortunate though that his team performed below par. END_OF_DOCUMENT_TOKEN_TO_BE_REPLACED

The plane is now going to be left there for the repair work and another one has been arranged to pick the players and drop them to UK. END_OF_DOCUMENT_TOKEN_TO_BE_REPLACED

Kuyt, who recently watched his team come up against Manchester United and Fenerbahce in the Champions League draw, was in inspired form and he came up with the equaliser just one minute before half-time. This proved to be the crucial element in the game asExcelsior fell like a pack of cards following this goal.Kuyt’s second goal of the game came just before the hour and this put Feyenoord in the lead.Excelsior’s confidence seemed to hit a rock bottom after watching the striker scored the goal. They conceded two more goals in the next five minutes to lose the game in a poor fashion.
END_OF_DOCUMENT_TOKEN_TO_BE_REPLACED 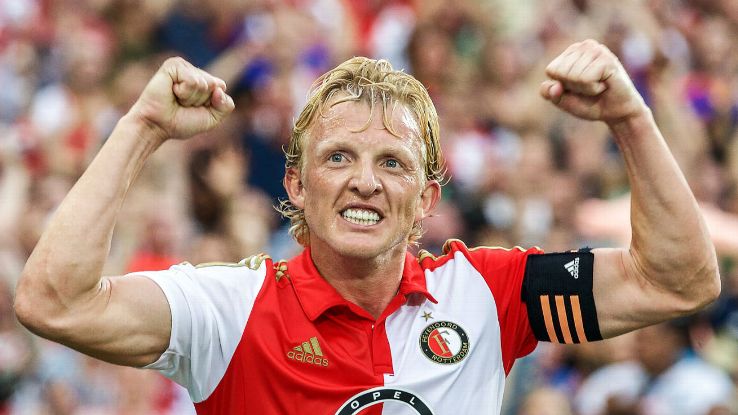 The statement reads that the deal had happened due to the contribution of Kuyt who was an ex player of the club. The statement went on to say that the transfer process for Gregor was influenced by Kuyt and that he has provided the right references about the club to Gregory which has convinced him of making this move. END_OF_DOCUMENT_TOKEN_TO_BE_REPLACED

The Dutch winger Dirk Kuyt arrived to Fenerbahce on June of 2012 as he signed a 3 year long contract and his time with the club of Turkey is reaching it’s last few months and now the future of Kuyt is starting to appear undecided as the player still has not decided on what he wants to do.

Dirk Kuyt has already announced to the public that he does not want to extend his current contract with Fenerbahce and this means that when the current season ends, he will turn into a free agent.

Southampton, Ronald Koeman has displayed his interest in signing Dirk Kuyt when the summer transfer window arrives and he becomes a free agent. Kuyt is well aware of how it is to perform in the Premier League as the Dutch winger used to wear the Liverpool jersey for over 5 years.

When the 34 year old player was asked during an interview about his near future, Kuyt replied by saying that he simply does not know as he has not discussed it with his agent as he said: ‘’I have not have time to discuss that with my agent.As soon as I do, I will let you know more news.” END_OF_DOCUMENT_TOKEN_TO_BE_REPLACED